When a property owner files an insurance claim to cover a restoration or roofing project, the owner typically deals directly with the insurance company. They may not have the funds available to pay the contractor out of pocket, so they’re counting on that insurance check to cover the construction costs.

But insurance companies often drag their feet, and payments can take even longer than normal. Contractors often wish they could simply deal with the insurance company directly through an assignment of benefits. In some circumstances, an AOB can be an effective tool that helps contractors collect payment faster — but is it worth it?

In this article, we’ll explain what an assignment of benefits is, and how the process works. More importantly, we’ll look at the pros and cons for restoration and roofing contractors to help you decide if an AOB is worth it.

What is an assignment of benefits?

An assignment of benefits, or AOB, is an agreement to transfer insurance claim rights to a third party. It gives the assignee authority to file and negotiate a claim directly with the insurance company, without involvement from the property owner.

An AOB also allows the insurer to pay the contractor directly instead of funneling funds through the customer. AOBs take the homeowner out of the claims equation.

Here’s an example: A property owner’s roof is damaged in a hurricane. The owner contacts a restoration company to repair the damage, and signs an AOB to transfer their insurance rights to the contractor. The contractor, now the assignee, negotiates the claim directly with the insurance company. The insurer will pay the claim by issuing a check for the repairs directly to the restoration contractor.

Setting up an AOB

A property owner and contractor can set up an assignment of benefits in two steps:

Keep in mind that many states have their own laws about what the agreement can or should include.

Before signing an AOB agreement, make sure you understand the property owner’s insurance policy, and whether the project is likely to be covered.

Learn more: Navigating an insurance claim on a restoration project

It’s smart to do a cost-benefit analysis on the practice of accepting AOBs. Listing pros and cons can help you make a logical assessment before deciding either way.

An insurance carrier’s claims adjuster will inspect property damage and arrive at a dollar figure calculated to cover the cost of repairs. Often, you might feel this adjuster may have overlooked some details that should factor into the estimate.

If you encounter pushback from the insurer under these circumstances, a licensed, public adjuster may be warranted. These appraisers work for the homeowner, whose best interests you now represent as a result of the AOB. A public adjuster could help win the battle to complete the repairs properly.

You may sink a considerable amount of time into preparing an estimate for a customer. You may even get green-lighted to order materials and get started. Once the ball starts rolling, you wouldn’t want a customer to back out on the deal.

Klark Brown, Co-founder of The Alliance of Independent Restorers, concedes this might be one of the very situations in which an AOB construction agreement might help a contractor. “An AOB helps make sure the homeowner doesn’t take the insurance money and run,” says Brown. 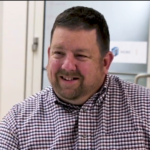 Pro: Build a better relationship with the homeowner

A homeowner suffers a substantial loss and it’s easy to understand why push and pull with an insurance company might be the last thing they want to undertake. They may desire to have another party act on their behalf.

As an AOB recipient, the claims ball is now in your court. By taking some of the weight off a customer’s shoulders during a difficult period, it could help build good faith and further the relationship you strive to build with that client.

Learn more: 8 Ways for Contractors to Build Trust With a Homeowner

Even if you accept an AOB, the property owner still generally bears responsibility for making payment. If the insurance company is dragging their feet, a restoration contractor can still likely file a mechanics lien on the property.

Insurance companies will want repairs made at the lowest cost possible. Just like you, carriers run a business and need to cut costs while boosting revenue.

While some restoration contractors work directly with insurers and could get a steady stream of work from them, Brown emphasizes that you may be sacrificing your own margins. “Expect to accept work for less money than you’d charge independently,” he adds.

The takeaway here suggests that any contractor accepting an AOB could subject themselves to the same bare-boned profit margins.

Among others, creating additional administrative busywork is another reason Brown recommends that you steer clear of accepting AOBs. You’re committing additional resources while agreeing to work for less money.

“Administrative costs are a burden,” Brown states. Insurers may reduce and/or delay payments to help their own bottom lines. “Insurers will play the float with reserves and claims funds,” he added. So, AOBs can be detrimental to your business if you’re spending more while chasing payments.

Every contractor should use some financial metrics to help gauge the health of the business. The average collection period for receivables measures the average time it takes you to get paid on your open accounts.

Insurance companies aren’t known for paying claims quickly. If you do restoration work without accepting an AOB, you can often take action with the homeowner to get paid faster. When you’re depending on an insurance company to make your payment, rather than the owner, collection times will likely increase.

The literal and figurative bottom line is: If accepting assignment of benefits agreements increases the time it takes to get paid and costs you more in operational expense, these are both situations you want to avoid.

Learn more: How to calculate your collection effectiveness

A mechanics lien is hands down a contractor’s most effective tool to ensure they get paid for their work. Many types of restoration services are protected under lien laws in most states. But what happens to lien rights when a contractor accepts an assignment of benefits?

An AOB generally won’t affect a contractor’s ability to file a mechanics lien on the property if they don’t receive payment. The homeowner is typically still responsible to pay for the improvements. This is especially true if the contract involves work that wasn’t covered by the insurance policy.

However, make sure you know the laws in the state where your project is located. For example, Florida’s assignment of benefits law, perhaps the most restrictive in the country, appears to prohibit an AOB assignee from filing a lien.

Florida AOB agreements are required to include language that waives the contractor’s rights to collect payment from the owner. The required statement takes it even further, stating that neither the contractor or any of their subs can file a mechanics lien on the owner’s property.

On his website, Florida’s CFO says: “The third-party assignee and its subcontractors may not collect, or attempt to collect money from you, maintain any action of law against you, file a lien against your property or report you to a credit reporting agency.”

That sounds like a contractor assignee can’t file a lien if they aren’t paid. But, according to construction lawyer Alex Benarroche, it’s not so cut-and-dry.

“Florida’s AOB law has yet to be tested in court, and it’s possible that the no-lien provision would be invalid,” says Benarroche. “This is because Florida also prohibits no-lien clauses in a contract. It is not legal for a contractor to waive their right to file a lien via an agreement prior to performance.”

Remember that every state treats AOBs differently, and conflicting laws can create additional risk. It’s important to consult with a construction lawyer in the project’s state before accepting an assignment of benefits.

On-demand legal help you can afford

Legal Guard puts a team of construction attorneys in your corner, on call for contract review or legal advice when you need it.

At the end of the day, there are advantages and disadvantages to accepting an assignment of benefits. While it’s possible in some circumstances that an AOB could help a contractor get paid faster, there are lots of other payment tools that are more effective and require less administrative costs. An AOB should never be the first option on the table.

If you do decide to become an assignee to the property owner’s claim benefits, make sure you do your homework beforehand and adopt some best practices to effectively manage the assignment of benefits process. You’ll need to keep on top of the administrative details involved in drafting AOBs and schedule work in a timely manner to stay in compliance with the conditions of the agreement.

Make sure you understand all the nuances of how insurance works when there’s a claim. You need to understand the owner’s policy and what it covers. Home insurance policy forms are basically standardized for easy comparisons in each state, so what you see with one company is what you get with all carriers.

Since you’re now the point of contact for the insurance company, expect more phone calls and emails from both clients and the insurer. You’ll need to have a strategy to efficiently handle ramped-up communications since the frequency will increase. Keep homeowners and claims reps in the loop so you can build customer relationships and hopefully get paid faster by the insurer for your work.

Was this article helpful?

Things To Do In Dana Point

Thu Apr 28 , 2022
[ad_1] Dana Issue, CA, is a beautiful town positioned in Orange County. This city intertwines a calm seashore lifestyle with the facilities of a significant metropolis. There is something for anyone listed here with loads of points to do that gets you outside the house in character and a great […]